Lindsey Lohan has an issue with Jared Leto?? 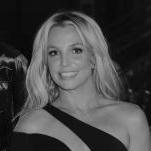